Did you know that billiards, or pool, was the first sport to have a world championship? That occurred in 1873, and ever since, players have done what they can to improve their skills. If you want to up your game, then you need the best pool chalk.

This accessory can be easy to overlook. But along with the right cue, balls, and pool table, the best pool chalk can increase your chances of hitting the cue ball right where you want to. And it can also reduce miscues and other mistakes.

But how does it do that? 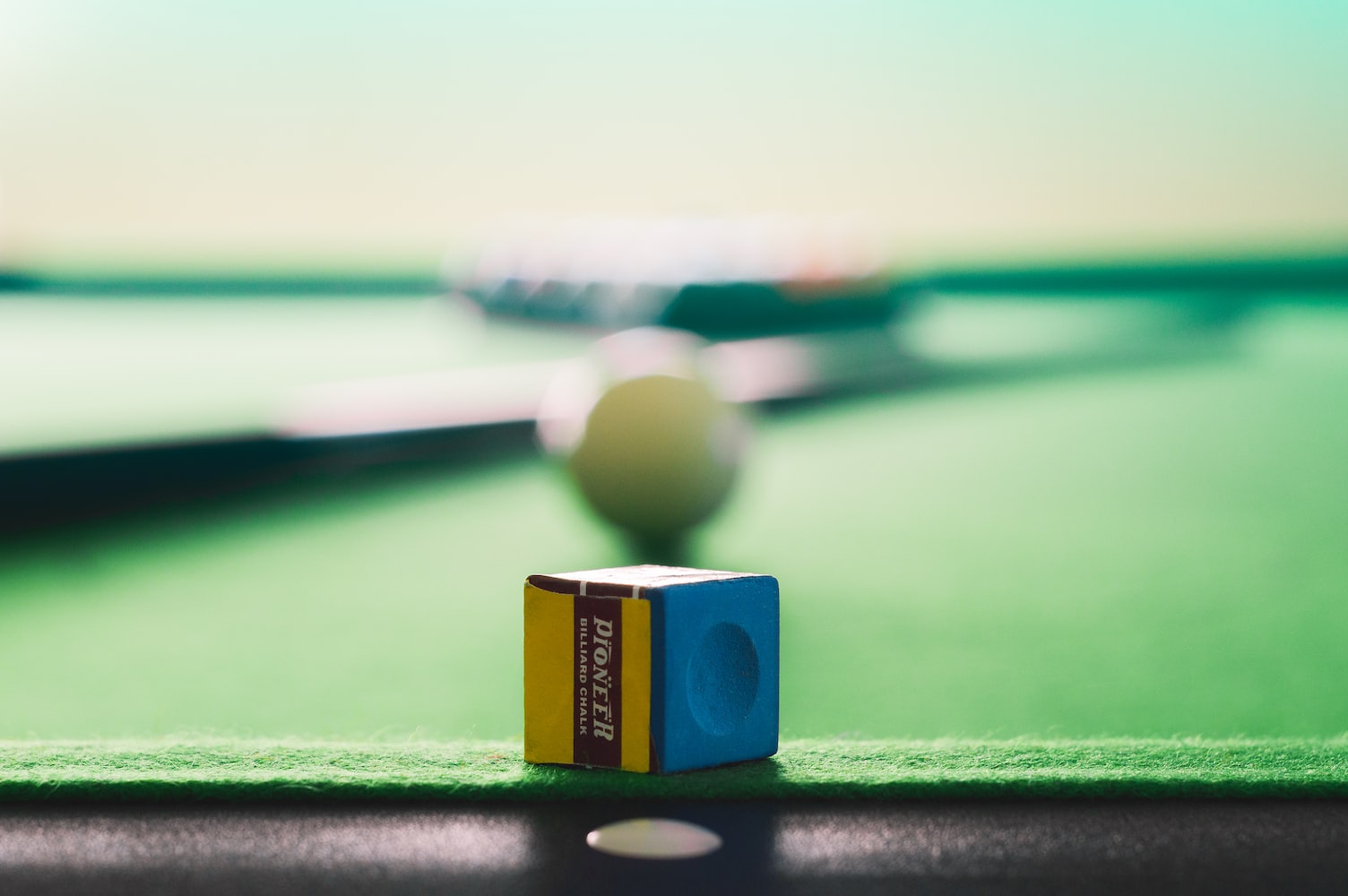 If you want to up your skills at pool, or billiards, you need the right equipment. Of course, you need a great pool table. And you can’t forget a set of balls and some pool cues.

However, you also need the best pool chalk. You might think that pool chalk isn’t absolutely necessary, but it can make or break your next game.

Pool chalk has a surprisingly important function when it comes to playing a game of billiards.

What is pool chalk?

Despite its confusing name, pool chalk isn’t really chalk. Instead, it’s a combination of silica and corundum or aluminum oxide.

The two materials are crushed together and made into a powder that people call pool chalk. That combination of materials helps the best pool chalk fulfill its job during gameplay.

What does it do?

The best pool chalk adds friction to the tip of your cue and the cue ball. That friction can improve your shot accuracy because all of the energy in your cue transfers through the cue ball.

If you don’t add chalk to your cue tip, you can have a miscue. A miscue is when your cue slides off the cue ball too early, which results in you missing your shot.

New cue tips have some amount of friction. However, that friction wears down over time, so you’ll need to add that friction in the form of pool chalk.

Why should you use the best pool chalk?

If you have a new set of pool cues, then you don’t have to use pool chalk. New cues have enough friction on their own.

But if you have an older pool cue, the tip has probably worn down a bit, so it has less friction.

While you still don’t need to use pool chalk with an older cue, it can help you make more shots. After all, you don’t have much of a surface to work with. So you should optimize the tip so that you can make as many shots as possible.

How do you use pool chalk?

Before you chalk your pool cue, you should know the qualities of the cue. Some cue tips are harder, while others are softer. The harder the cue tip, the longer it will last. On the other hand, softer cue tops can hold more chalk.

Take the pool chalk and rub it against the tip of your pool cue. Make sure you get a light and even layer all over the tip. You don’t want to grind the chalk because that can ruin the tip and require a replacement sooner.

When it comes to how often you should chalk your cue, that depends on your cue tip’s hardness. As we mentioned, harder tips already have a bit of friction, but softer tips can hold more chalk.

So if you have a softer cue tip, you might not need to chalk it as often as with a harder tip.

Most pool chalks follow the same basic manufacturing process. Silica and aluminum oxide are finely crushed, and then dye is added to give the chalk its color. At this point, some companies will also add a bit of water to keep the chalk from drying out too much.

Next, the mixture goes through circular and square holes and comes out as long strips of chalk. Those strips move through a slicing machine that cuts them into perfect cubes. After that, they move to an oven to dry.

Another machine cuts out the circular part so that you can use the chalk properly.

Two of the main factors that differentiate pool chalk are the color and whether or not it uses water. However, those aren’t the only things that set the best pool chalk apart from the competition.

Finally, the best pool chalk won’t get all over your hands, clothes, or the cue, aside from the tip.

Does the color matter?

While the color is one factor that sets different pool chalks apart from each other, it doesn’t make a significant difference during gameplay.

In the past, pool chalk matched the felt on your pool table. Matching the chalk to the felt keeps everything from looking dirty. However, you can choose any color you like.

Where can you buy it?

You can buy the best pool chalk wherever you buy other supplies for your pool table. That can include in-store or online at a retailer like Amazon.

​Chalk It up to This

Before you begin your next game of pool, you need to try the best pool chalk. But there are quite a few chalks out there, and it can be hard to decide which is the best.

In our search for the best pool chalk, we started with recommendations from experts. The right pool chalk can improve your accuracy while the wrong pool chalk isn’t any better than no chalk at all.

Once we had a few ideas about the best pool chalk, we looked for similar chalk. We looked for pool chalk from different companies and with different color options. And we also stuck to chalk with excellent customer ratings.

Even if experts recommended a pool chalk, we wanted to make sure that customers liked it, too. Because the customers are the people who have actually used the chalk.

The Kamui Pool Cue Chalk is on the more expensive side when it comes to pool chalk, but the added cost is worth it. This pool chalk is finer than others, and that fineness gives the chalk more friction. That added friction also gives the cue ball more spin.

More friction also reduces your risk of the cue slipping or having a miscue. The pool chalk is kept in a climate and humidity controlled environment, so you don’t have to worry about that ruining your chalk.

This chalk also adheres better to your cue tip, which means you won’t have to use the chalk as often.

If you already use a Kamui tip, then this pool chalk is the perfect choice for you. However, the perfect chalk doesn’t necessarily improve your playing. You still have to make sure you line up your cue correctly.

The Kamui Pool Cue Chalk comes in sky blue and forest green, both of which are common felt colors.

Amazon’s Choice for Kamui chalk, the average customer rating is 4.4 out of 5 stars.

Master’s Pool Cue Chalk might be the best pool chalk for anyone on a tighter budget. The professional-grade pool chalk goes onto your pool cue smoothly and evenly. This pool chalk won’t cake or flake.

This pool chalk comes in tons of colors, so you can match it to the felt on your pool table. Some of the colors include blue, black, and spruce green.

If you’re tired of having to replace your pool chalk, you will love that Master Pool Cue Chalk comes in a box of 12 chalks. The box is also nice if you happen to lose your chalk or if friends like to borrow your chalk.

This chalk is Amazon’s Choice for pool chalk and the average customer rating is 4.3 out of 5 stars.

Cue Chalk from Predator is another excellent option for beginners and experienced players. Instead of the typical cube, this chalk is shaped like an octagon, perhaps to look more like the circular cue tip.

This chalk will improve your accuracy, and it also lasts longer on your cue tip. The chalk has more consistency than other chalks, and it helps spin the ball.

It goes on your cue tip easily, and it’s comfortable to use. You get five pieces of cue chalk in one package, and it comes in bright blue.

The average customer rating is 4.6 out of 5 stars on Amazon, and it’s also Amazon’s Choice for Predator chalk.

Silver Cup Billiard Chalk has a lot of the same features as other pool chalks. It’s a professional quality chalk that goes on your cue tip smoothly and evenly.

This chalk has amazing friction between your cue tip and the ball. The chalk can also help reduce miscues and improve your accuracy.

You get 12 chalks, and they come in a box that you can use for storage. The chalk comes in tons of different colors from blue or green to pink or orange. That color variety allows you to match the felt on your table if you choose.

Amazon customers give this pool chalk an average rating of 4.5 out of 5 stars.

Balabushka’s Performance Chalk is yet another great pool chalk. The chalk lasts longer on your tip, so you won’t have to apply it as often. It’s also cleaner than some chalks, and it produces less dust.

Oddly enough, Balabushka recommends using the edge of the cube to apply chalk, rather than the center. Once you apply the chalk, you should blow on the tip and only have a bit of chalk left.

This pool chalk comes in blue, but you do get a set of three chalks, so you won’t have to stock up as often. It’s a bit more expensive than some options, but it’s definitely not the priciest.

The average customer rating is 4.4 out of 5 stars on Amazon.

Blue Diamond Chalk from Longoni doesn’t require constant chalking, and it’s great for avoiding miscues. It has a strong grip and great performance. In fact, this chalk is a favorite among professional players.

This chalk is a bit thicker than other chalks out there, but it’s fantastic for spinning the cue ball. It also lasts long without caking up.

The chalk retains moisture well, and it’s a nice blue that isn’t too bright. This chalk comes with two boxes of two chalks each for a total of four chalks.

Amazon customers give the chalk an average rating of 4.9 out of 5 stars.

If you have an older pool table with green felt, you might like Longoni’s Professional Chalk. This chalk comes in that standard green that we all know and love.

The chalk is premium quality, and it sticks well on almost any pool cue tip. It spreads evenly onto cue tips, and it also gives you excellent control with every shot.

You don’t have to apply the chalk before every single shot, which is nice. The chalk comes in a pack of three, so it will last you quite a while.

On Amazon, the average customer rating is 5.0 out of 5 stars.

​Get in the Game 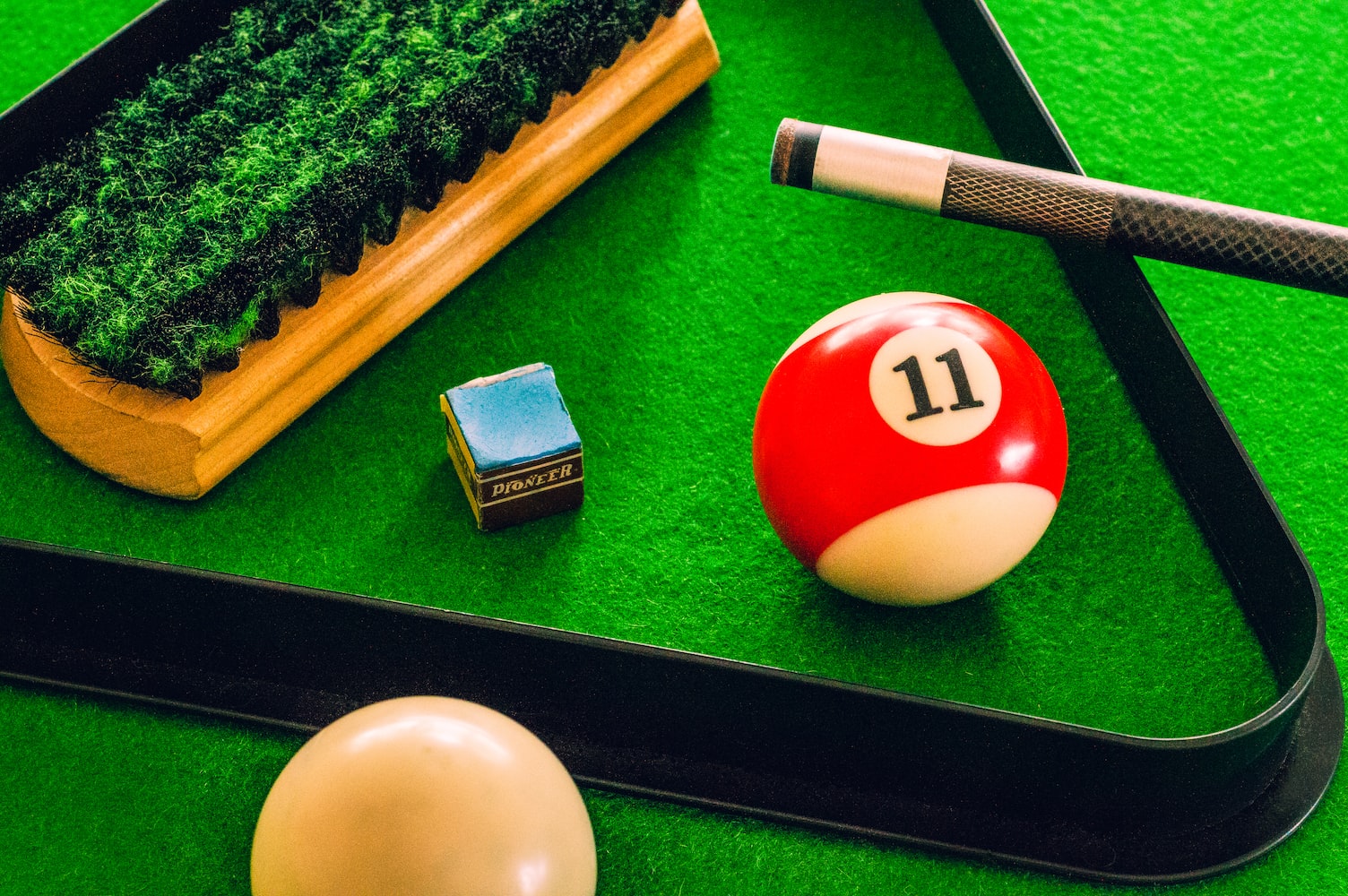 ​If you’ve struggled with miscues or just want to up your pool playing skills, you need the best pool chalk. It may seem like a minor detail, but your pool chalk can have a major effect on the game.The best pool chalk doesn’t require constant application, and it won’t get all over you, your clothes, or the pool table. It should also go on your cue tip evenly so that the friction is even and smooth.We think the best pool chalk is Silver Cup Billiard Chalk. It’s not too expensive or too cheap, but it’s great quality. You get a pack of 12 chalks with a convenient storage box, and you can choose the right color for you.Do you have a favorite pool chalk that didn’t make our list? Share it with us in the comments below!

The Best Pool Table Brands That Are Worth the Investment